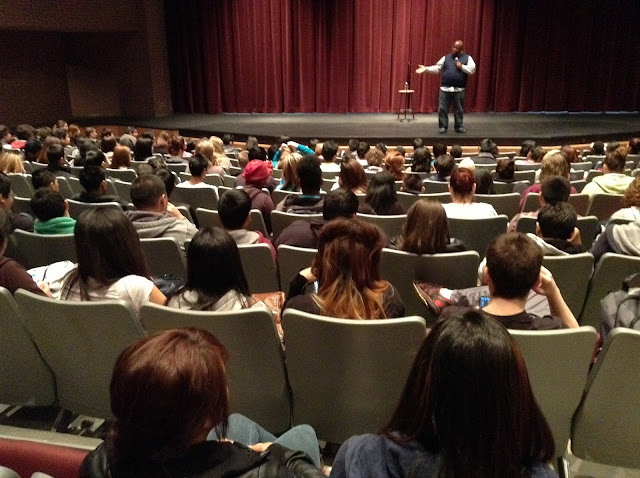 There were nine school assemblies at Omaha South High on Tuesday, April 16. And at each of SEVEN of those nine assemblies, several hundred students were privileged to hear our Cru High National Director, Darryl Smith, share his talk on "making right choices".  Since the school was having a day of testing and needed an assembly speaker each hour for the students who were not in a test - Darryl was given the honor and challenge of speaking all day long, except for a lunch break!


This seven-assembly speaking marathon came about as a result of one of our Cru South students, Allen, who attended our Cru FastBreak Conference in Minnesota in December 2011. He was impacted by Darryl's influence at FastBreak, and took the initiative to invite Darryl to come speak to his friends and peers at South High. Little did we know at that point that Darryl would be willing and able to come to Omaha to speak at SEVEN assemblies at South High instead of the usual one assembly. We thank God for this amazing opportunity - and we also thank God for giving Darryl the energy and strength needed! 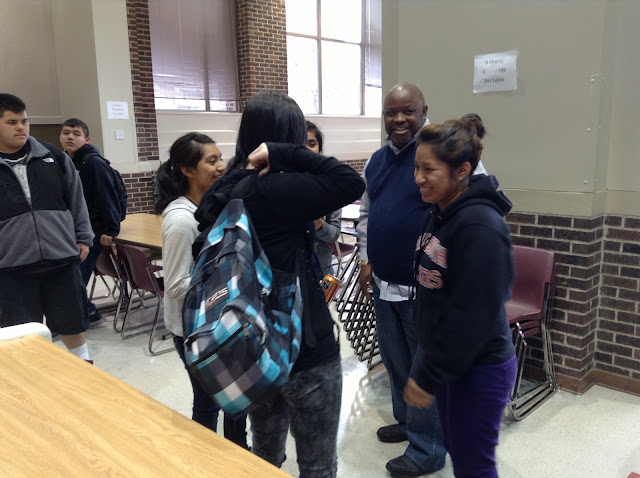 Darryl connected deeply with the students, and after each assembly, he invited the students to come back for an after-school pizza party. Where he would share the biggest right choice that he made in his life: to love and follow Jesus. 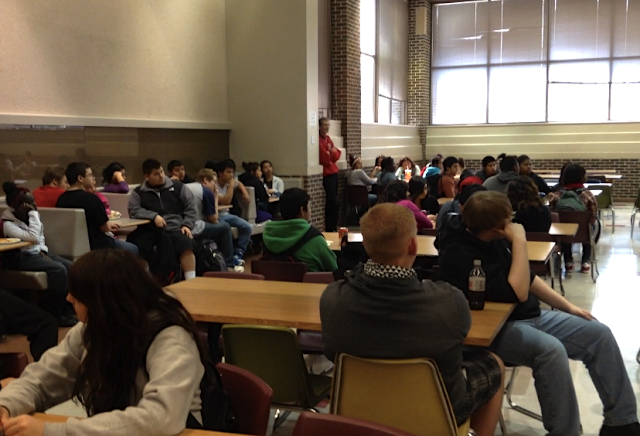 The students were drawn into his story of how his wrong choices as a teen and young adult ended up in prison time. And how it was there that he made the most important choice of all - to respond to Jesus. 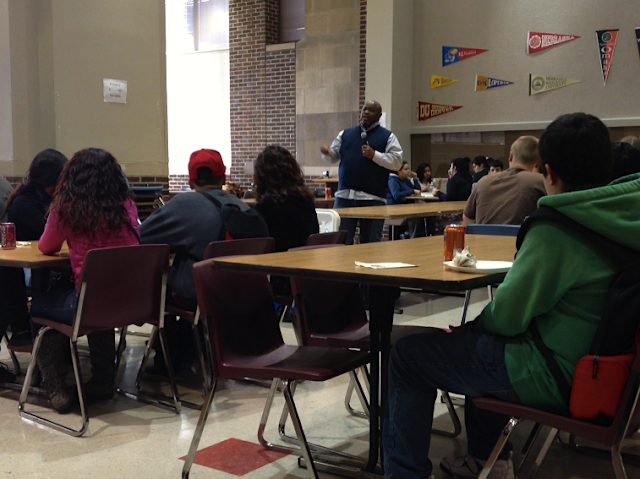 Of the one hundred students who came to hear Darryl share of Jesus, nearly one fourth of them communicated to us on the comment cards that they wanted to make the same choice that Darryl had made. Please pray for these students, and for all the others who heard him throughout the day. And please pray for the South High teachers and staff who volunteer with us, as they follow-up with the twenty-five students, and with other interested students.

And would you thank God, together with us as staff and volunteers, for His Spirit at work in the lives of students in Omaha and surrounding areas. And for the privilege we had recently of having Darryl in several of our schools.
Posted by Gary and Cherry Warrick at 1:21 PM