How God Brings People Together to Reach a Campus

Several years ago, God drew me (Gary) to search out the location of an Omaha inner city high school that I knew about but that wasn't on any of the major streets of the city. As I drove into the parking lot one afternoon when school was just getting out, around 1,500 racially diverse students were pouring out of every door into the parking lot, milling around and piling into waiting school buses and parents' cars. God gripped my heart deeply as the words of Jesus came to mind, 'they were like sheep without a shepherd'. I prayed through tears that God would allow us to bring Cru to that campus. 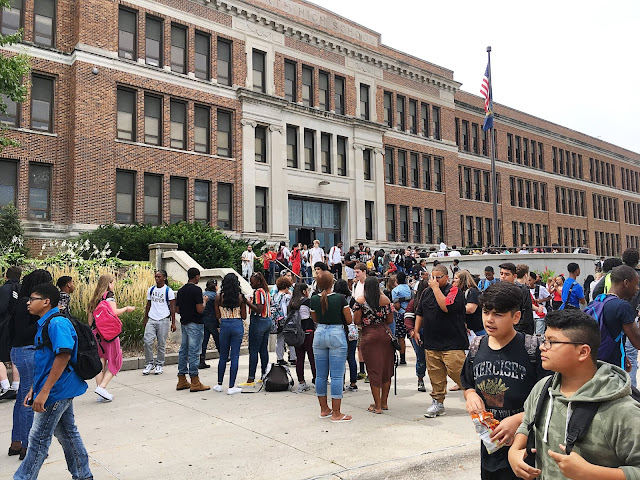 A few years later, several teachers at that Omaha North High campus began gathering for prayer weekly before school to pray for God to do a work on their campus.

One year ago Tim, a North High football player was being mentored by Daniel, his youth pastor. As they were meeting one day during summer break, Daniel suggested they go to Tim's high school campus and pray for God to start something for Christ there during that next school year. Not knowing all that might mean, Tim nervously agreed, and they did so. (All these people in this story were active in our church, Citylight, but none of us knew how God was drawing each of us to focus prayer on the same thing.)

About the time school was starting last fall, I was contacted by Phil, the outreach pastor of Citylight, who sensed God's leading to reach out to area high schools with the gospel by bringing in a former NFL Running Back, Wm Green, now an evangelist. The plan was to get him into high schools to share his dynamic story at school assemblies during the day and have an evening outreach where students could return and hear the rest of his story, which would include the gospel.

Phil knew of my contacts with Omaha high schools so he contacted me for help. This began a cycle of events where in February last winter, Wm Green spoke in three area high schools and at an evening outreach at Omaha North High with 30 students praying to trust in Christ! 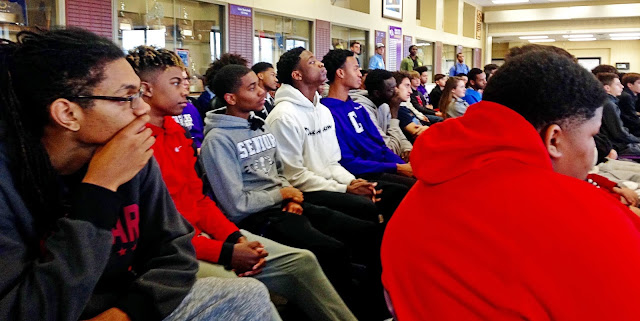 This resulted in an opportunity to start Cru at North the following week, with the help of several of the teachers there who had been meeting for prayer for several years, and also with Tim's help, our key student leader there at North! 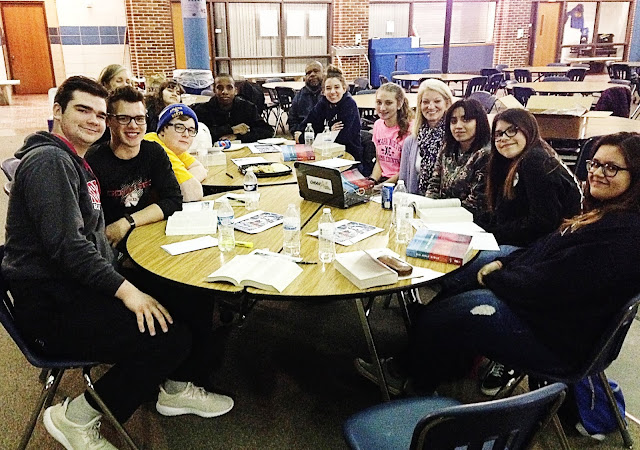 As we met weekly for the rest of the spring semester, Tim's energy for seeing God work grew and he began taking more and more leadership motivating and encouraging others. In June, we made it possible for Tim to attend Cru's Summer Conference in the Rockies, where his passion to reach his peers skyrocketed and he avidly soaked in Cru's training to share his faith. And now he is so ready to do so on campus this fall as he starts his senior year there.

As we were writing this post, Cru students and teachers were inviting North High freshman to Cru North at a Cru booth on the first day of school! Fifty students signed up at the booth, indicating interest in coming to a Cru North meeting!

God has made it obvious to all of us that He has definite plans to do a significant work in the lives of Omaha North High students. Please pray that all that He has planned will become a reality!

Posted by Gary and Cherry Warrick at 8:45 AM